"Utilities that have earned an RP3 designation demonstrate public power's emphasis on achieving leading practices and providing a high level of service to communities," said Lynch.  "We are proud to welcome all utilities earning this recognition for the first time and to those renewing their designations."

"We're honored to be recognized as a Reliable Public Power Provider," said Bruce Metz, Village Administrator.  "Our staff works hard to provide reliable service and RP3 recognized our commitment to serving the community."

The American Public Power Association has offered the RP3 designation for 12 years now.  The Association is the voice of not-for-profit, community-owned utilities that power 49 million people in 2,000 towns and cities nationwide.  The Association advocates and advises on electricity policy, technology, trends, training and operations. 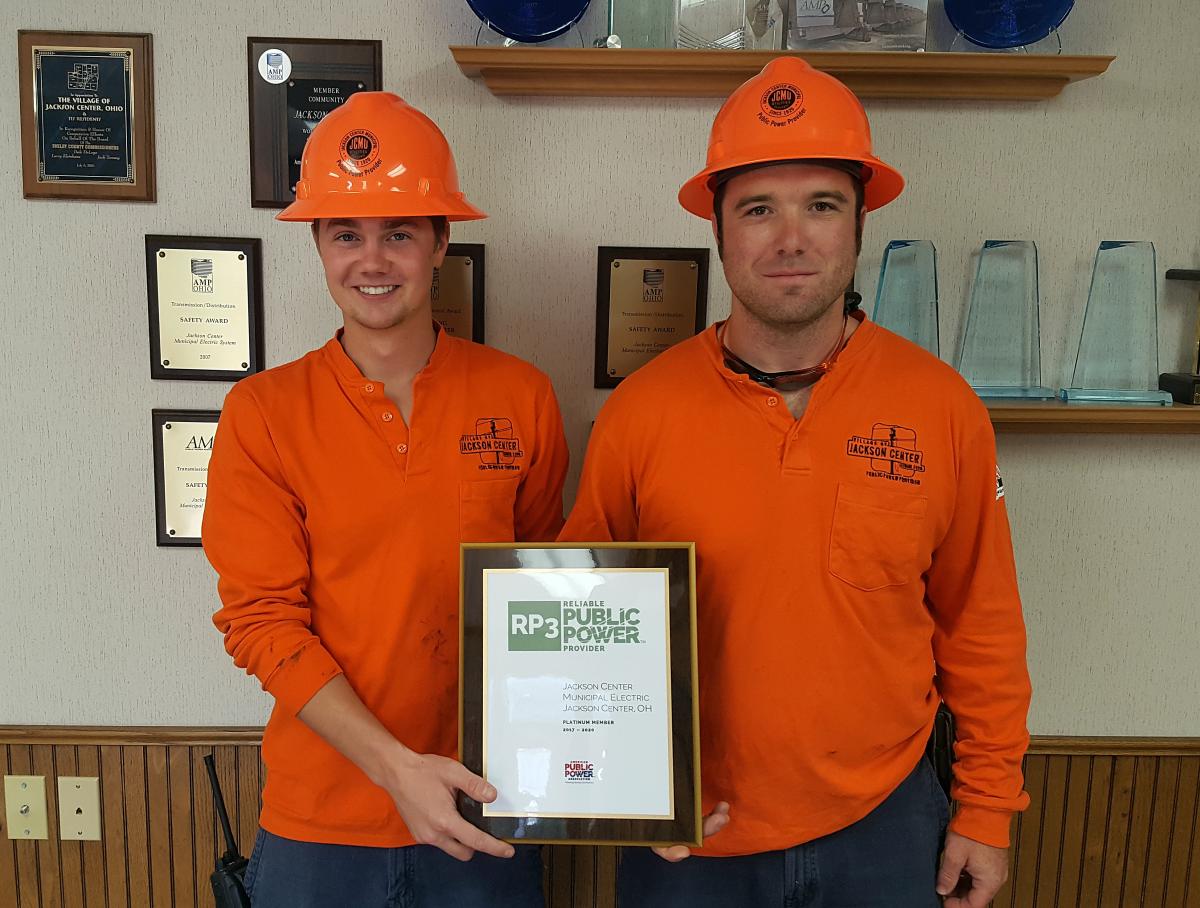 WASHINGTON, D.C., May 16, 2017 - Jackson Center has earned the American Public Power Association's Safety Award of Excellence for safe operating practices in 2016.  The utility earned the 1st place award in the category for utilities with less than 15,000 worker-hours of annual worker exposure.  Rick Aguilar, Chair of the APPA Safety Committee and Director of Job Training and Safety at Kansas Municipal Utilities, presented the award on May 8th, during the Association's annual Engineering & Operations Technical Conference, held in San Antonio, Texas.

"When it comes to electric utility operations, safety is a top priority for everyone involved; from lineman to operator," said Aguilar.  "These utilities have embraced a culture of safety while serving their local communities and deserve to be recognized."

"Jackson Center takes a lot of pride in its safety record," said Bruce Metz, Village Administrator.  "When you are in the business we are in, sending our folk's home safe to their families is our top priority."

The Safety Awards have been held annually for the last 58 years.  The American Public Power Association is the voice of not-for-profit, community-owned utilities that power 2,000 towns and cities nationwide. 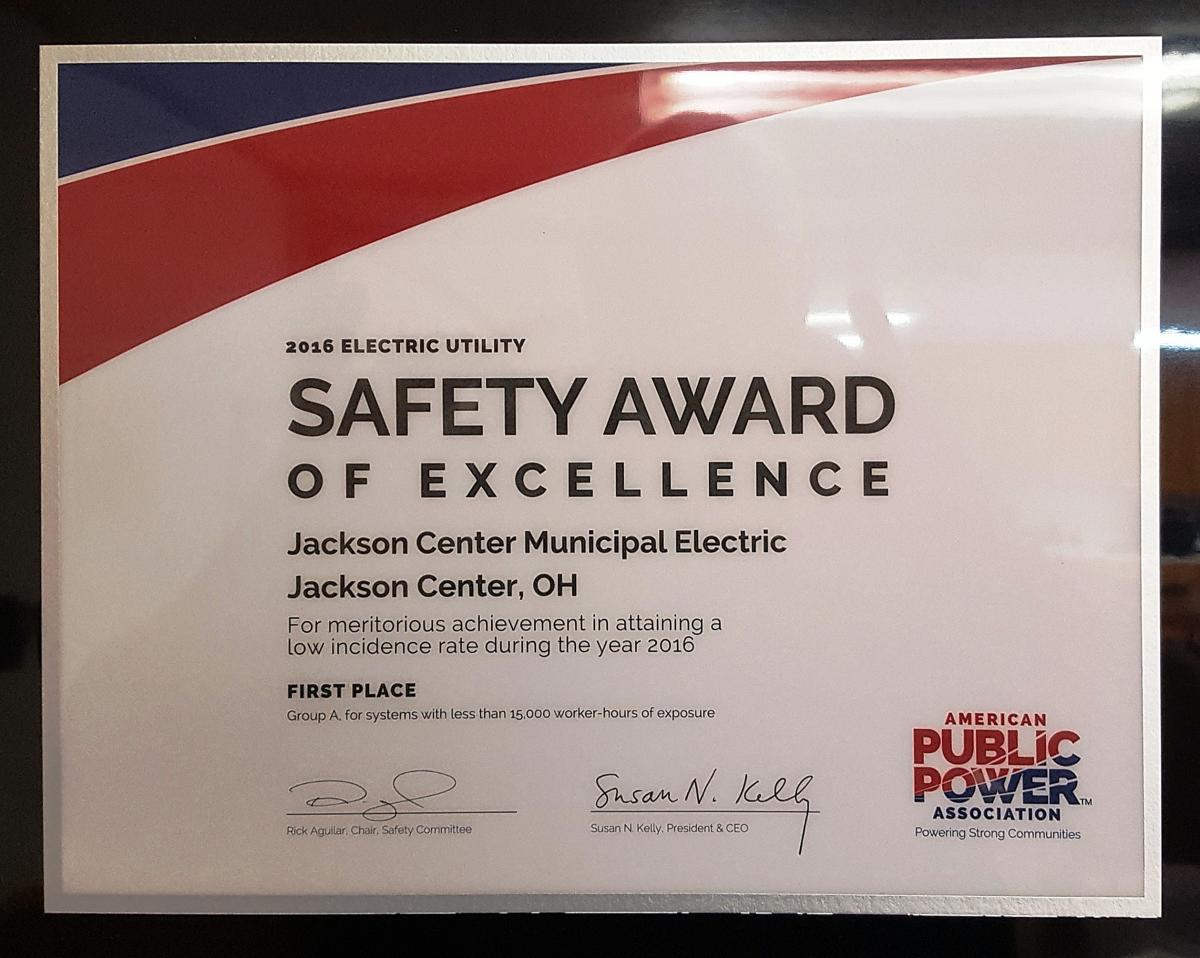 Congratulations to all of our employees! 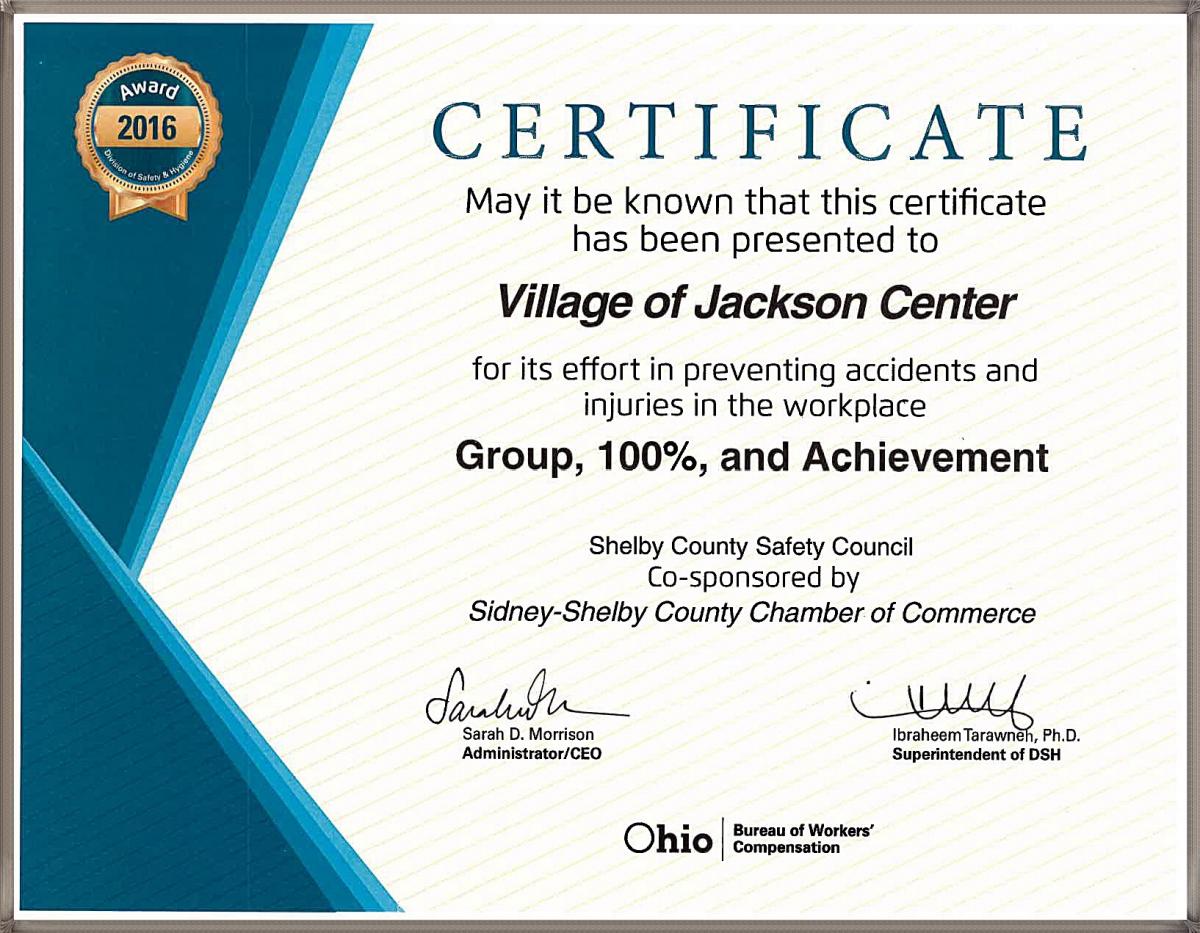